Today the real work begins and I woke up feeling a little nervous.

After spending a month on the Canary Islands, myself being taught how to do soil gas sampling and the concepts behind the accumulation chamber method for efflux data collection, it was time to pass on what I had learnt to my two field assists Beth and Mairi - just a little scary for a moment!

I'm lucky that both Mairi and Beth are quick at picking up new things, so it wasn't long before they were getting on with the survey at hand.

The area to be surveyed is 77 km square and we have about 6 days to complete 300 sample sites. Each sample site is approximately 200 meters apart and follow the road network that has been constructed in the caldera, for ease of access.

Soil gas sampling involves knocking a stainless steal rod in to the ground with a hole through its length. at the top there is a rubber septum that a needle is inserted through. This needle is connected to some tubing, valves and a syringe. The syringe is used to draw the gas from the ground. The first time the syringe is filled, the collected gas is used to 'flush the system', which in turn reduces the possible effects of contamination from the atmosphere. More gas is sampled also, to flush the vials for the same reason. 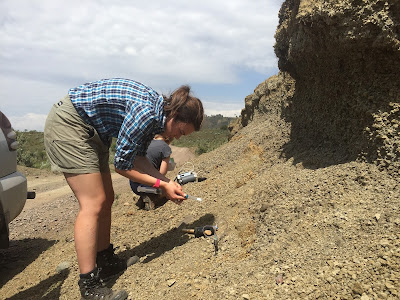 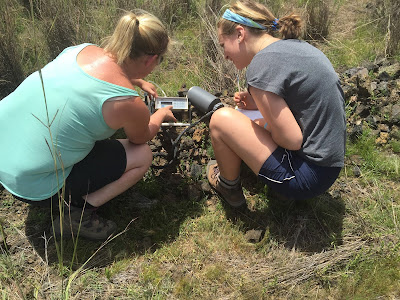 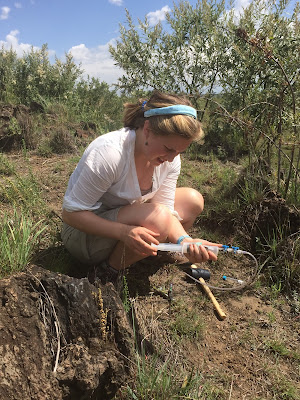 During this survey, the extra site we got to see include being in the right place at the right time and catching well MW-07 discharge for the first time. 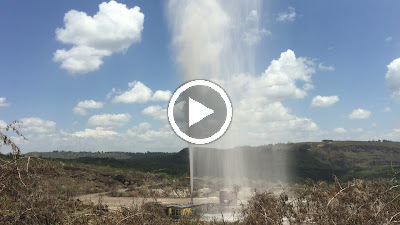 This was something I never thought I would get to see, so a first for me too!

Sampling in the south of the caldera was very hot and very peaceful, but very pretty - we did have our driver on leopard watch. Though they are nocturnal and would move away if they heard us approach, most of the caldera's resident leopards are mothers with young, so we have to be extra vigilant. 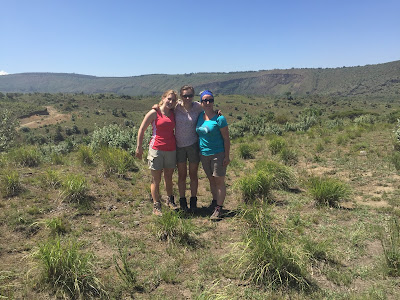 We also met this inspirational young woman Gathoni, a female Drilling Engineer and rig supervisor at just 28 years old and a perfect role model for young girls here in Kenya. As her rig is currently awaiting the go ahead to start drilling, she took some time out to talk to us about the rig and how things work. Though we were kitted out in our personal protection equipment, we were not allowed on the rig, but were able to have a bit of a walk around the well pad so Gathoni could point things out to us as she talked about them and the equipment role in the bigger process. 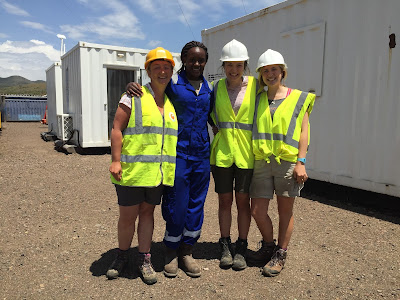 Myself, Gathoni, Mairi and Beth 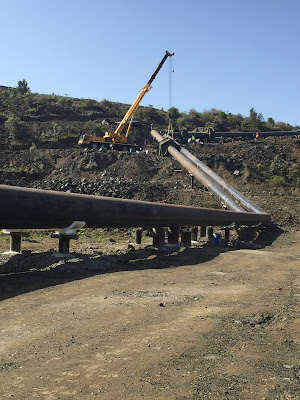 Steam pipe installation near the site of the Menengai sub-station

The rods we use for the soil gas surveys become very blocked every day. And although most of the time we manage to unblock them enough to finish a days work, it is likely that they would get blocked to a point where they can no longer be used. So we found a garage on our way back to our accommodation where they had a power washer. Every day Ailisha would clean the probes for us, so the inside of each was completely clar for the next day. 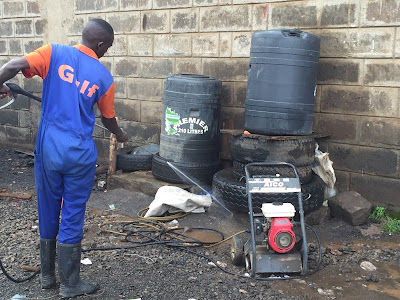 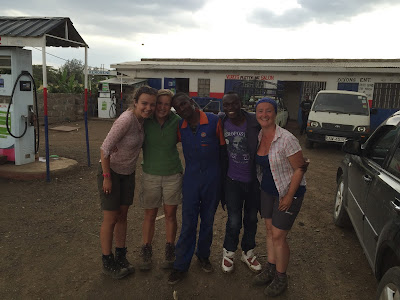 The survey team grows by two! 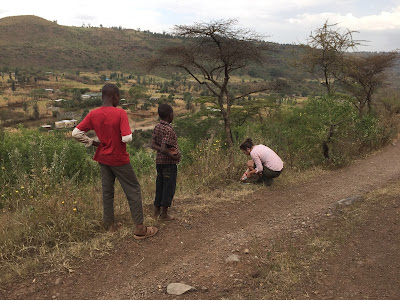 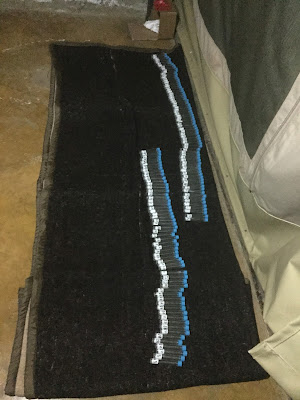 One day's worth of soil gas samples!

So that is our soil gas survey almost complete. We just have 28 sites left to do along the south rim of the caldera, which is planned for the end of August. We had hoped to have already completed this survey, but we got lost. So we are waiting for the availability of someone who knows where they are going a lot more than I do!