Last year, some large features were observed, but appeared to have little to no off set along them, suggesting they were not faults.

Before leaving for this field season, I developed a map using satellite imagery, identifying where with in the caldera these features appeared to be. So one of the surveys is to find as many of these features as possible and collect data. The data to be collected include: dip, strike, depth, width, off set (if any) and direction of down throw (if any).

The location of most of these features, believed to be open extensional fractures, appear to be in the centre of the caldera. Due to the lavas in the centre, we would be limited as to how many we could access. For safety, only those that could be accessed from roads and well pads would be obsevered and recorded. 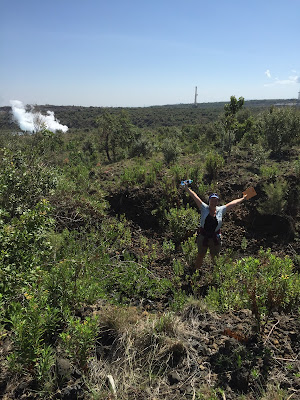 Inside the termination point of an open extensional fracture

Many of the open extensional fractures observed appear to pinch out at each end and accessing the deepest point of the fractures was not always possible. We used a hand held DISTO laser measurement equipment for the width and depth. 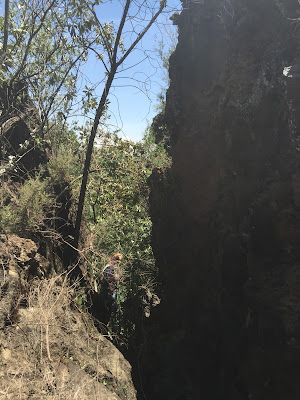 Inside an open extensional fracture 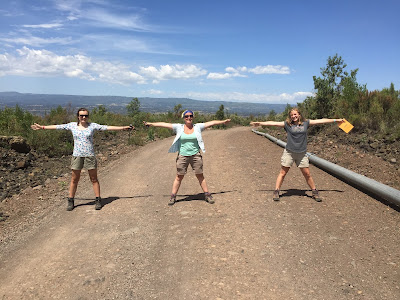 Standing along the strike of an open extensional fracture

We found some of the features identified, not to be open extensional fractures, and also found that access to even those near roads and well pads, very difficult. Altogether, we only managed to collect data on 34 of these features. It is hoped that the data can be used to establish whether, as seen in parts of north-east Ethiopia and northern Tanzania, the extension is this region is now accommodated by dyke intrusions, or if it is still being accommodated by faulting.

This was a short survey, therefore a short post, so,